Each year in NewTec someone has a fifth work anniversary.

Our special team of superheroes grows with time. This year the COVID-19 pandemic has somewhat changed our plans. There were no usual celebrations. Nonetheless, the superhero team received “Fifth Work Anniversary” awards… differently.

Since we all moved to work from home, we had trouble making an excuse for the team to come to the office. After one mayday call, they came storming in as heroes usually do. The true reason we invited them was a secret, and those were the miniature versions of them.

Polymer clay figurines which we had made for them, portray their special characters. Every detail from accessories down to fashion choices was communicated with the artist. Little figurines are a representation of themselves as true heroes of the company. Their shields are the tools they use every day, and their weapons their knowledge. They have been with us for five years sharing success and challenges. 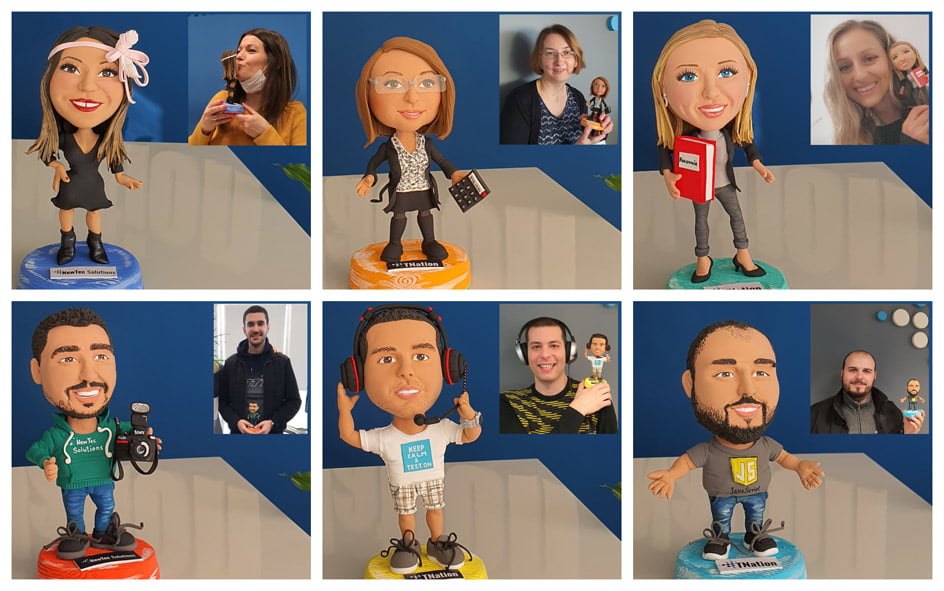 Never did we expect that these small tokens of support would cause such emotions. Some of them almost forgot the social distance, while others were gaining powers in jumping high. On the whole, the reactions were positive and we are glad we got to congratulate them.

The true heroes are among us in every company.

They are the ones you drink coffee with, share a joke, and overcome barriers. Themselves, they are the reason why the company moves forward and keeps growing. Each task we complete well is the one obstacle less on our path as a team.

Hopefully, the next generation of heroes will celebrate without the pandemic. We look forward to growing together in the years to come.

Any cookies that may not be particularly necessary for the website to function and is used specifically to collect user personal data via analytics, ads, other embedded contents are termed as non-necessary cookies. It is mandatory to procure user consent prior to running these cookies on your website.